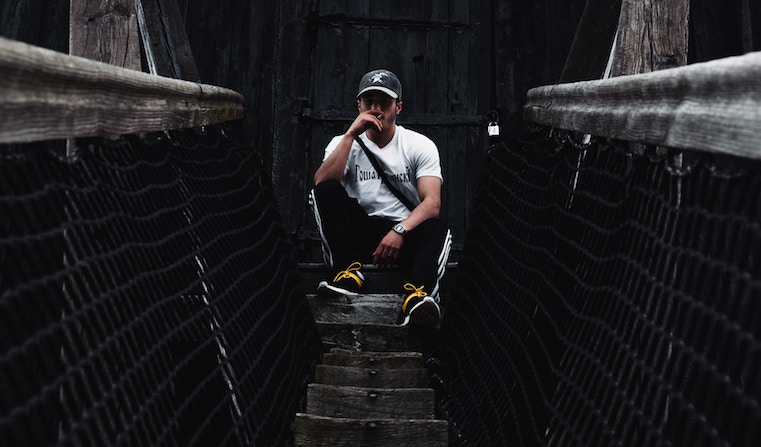 If you’re on the hunt for bad boyfriend signs to confirm some latent suspicions, you may be onto something. How many of us have met a cute guy and start dating him only for him to show sign after sign that he’s a dud? Well, you know what they say about women’s intuition.

But if you need more than intuition to go by, here are 10 tell tale bad boyfriend signs to help you establish if you should call it quits and jump back on the dating wagon.

You’ve met none of his friends

You’ve introduced him to your friends and maybe even your family…but you’ve met none of his own. This spells danger for several reasons. One – he might not have any, which only begs the question “Why?” Usually the absence of any close connections in a person’s life is not a good indication of a relationship-oriented partner.

Another reason could be that he has something to hide. If he is dating around or has another woman on the side, introducing you to his friends is a surefire way of getting found out and he’s not likely to risk that.

Your own family and friends are hesitant about him

In many cases, disapproval from your family and friends is not a reason to ditch someone you’re genuinely attracted to. But it still warrants consideration.

Ask your friends and family about the new guy you’re dating and then consider the advice they give. A good way of determining whether their concerns are valid or not is to consider whether their objections are based on personal biases – does your sister just not like guys with tattoos? Is your best friend against the notion of anybody dating younger guys? Is a particular family member slightly racist?

If their objections fall under personal bias, feel free to discard their opinion. But if you come across statements that are more observation-based on your new boyfriend’s actions and personality traits, it bears consideration.

He asks you for money

Romance and money shouldn’t mix, but that’s hardly the case. Money always gets factored in, whether it’s as simple as seeing who usually pays for the date, who makes more money, etc.

But one way money should definitely never factor into a relationship (especially a new relationship) is in the borrowing and lending of money.

This sign is an absolute. If your new boyfriend starts asking you for money, nip it in bud right away and store that red flag in your memory. If he persists, he’s got to go.

He lies about little things

If you catch your new man in a lie – no matter how small – you need to take that into consideration. Call him out on the lie and see how he reacts. He might have a valid reason (something he’s really embarrassed about or a surprise he’s planning for you) so approach carefully and in an understanding manner and gauge his reactions.

Be alarmed if he reacts by trying to shift the focus by accusing you of something or getting angrily defensive. Those are not good signs.

This one is an important one. Unless his mom beat him mercilessly when he was a small child or sexually abused him, she probably doesn’t warrant being treated badly. After all, she was the woman who raised him his whole life.

There’s an old Chinese proverb that says “A bucket that leaks inside will also leak outside” and it’s basically a way of saying that people who treat their closest people badly will do the same with others. If he doesn’t respect one of the closest woman in his life, is he going to respect you?

He constantly objectifies other women

This one is somewhat related to the one above. Do not fall into the trap of thinking that a guy who looks down upon and mistreats other women are going to be “different” with you. The only time he’ll be different is in the beginning.

Values don’t change easily – if he doesn’t value women, how do you think he’s going to treat you – a woman – in the long run?

He doesn’t remember you

Whatever the case – if he does not remember details about you, then he either doesn’t care enough to listen or he is simply too selfish to care. ‘Cause let’s face it – men make an effort to remember things when they’re serious about a relationship.

Belittling may seem like teasing, but there is a world of difference. Teasing you gently about something to make you laugh is dramatically different from making comments that make you feel like sh*t and then tossing in a “Hey, I was just kidding.”

The latter is not okay. You want to hold out for a man who sees the best in you even when you can’t see it and believes that you can be the person you want to become, not some jerk who’s going to try to bring you down.

He guilt trips you

Guilt tripping is just not nice and unless he’s your Catholic grandma, he has no business of doing it. Not only is it emotionally immature, it’s emotionally manipulative.

If you’re made to feel guilty whenever you do something that displeases him (even it that thing pleases you), then save yourself the constant emotional yuckiness and ditch that dud.

Isolates you from your family and friends

This can be difficult to determine in the lovely haze of the honeymoon period when all you want to do is spend more time with your new boyfriend.

But eventually, you’re going to need some time apart.

Watch to see if supportive of it. After all, it’s something that’s good for the both of you. If he’s constantly being dismissive of you wanting to spend quality time with the other people in your life that you love – this could quickly lead to a co-dependent relationship mess. Not to mention, it could be a predictor for an abusive relationship. Beware.