Be a Bitch, Get the Guy: 4 Easy Tactics Even the Nicest Girls Can Pull Off 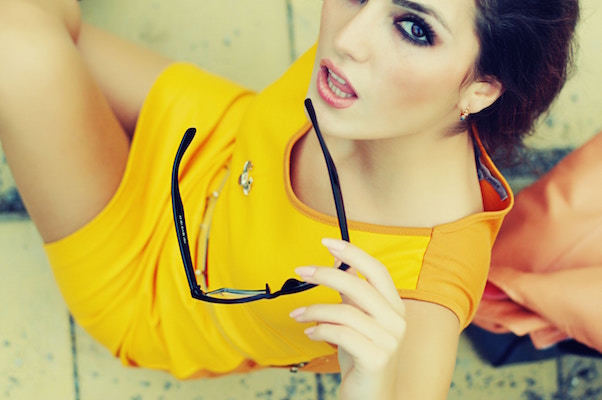 Men always complain about how women get in their bad moods – we request chocolate with a raised voice, we demand an extra glass of wine to get over a day’s worth of work, and we get totally pissed off when a guy does something really stupid.

Apparently being a bitch is a bad thing.

But what all the naysayers don’t know is that some of us have this bitch stuff down to a science and we know how to work it in our favor.

The truth of the matter is that being a bitch can serve as the catalyst for making a guy want what he feels he can’t have. And by that, we mean you.

If you haven’t already picked up on this dating memo, know that guys are turned on by a challenge. And don’t fool yourself – that challenge is not delivered by “the nice girl” who’s ready to commit right away.

Nope – you need to implement a bitchy strategy to remind that special guy that you’re a total bombshell. But how do you do it? It’s not easy, but with a little work you’ll have this one mastered in no time.

To help you out, we’ve compiled a list of four simple and bitchy things you can do to score your dream man.

This one’s all about making yourself completely unavailable. Yes, we said it, unavailable. After all, it doesn’t take a psych 101 university course to see that reverse psychology works wonders on men.

Your first goal is to get him to text you first. The next goal is to refrain from texting him back, at which point he’ll get stressed out and text you again.

Once he’s reached this double text stage, it’s ok for you to text him back – but keep it brief! Depriving him from regular communication makes him want to take extra time aside for you. It also shows him that you’re a force to be reckoned with.

You really need to get into character when you use bitchiness to get a guy. Think of the hottest, most sultry celebrity out there and make sure you embody her personality.

It sounds ridiculous, but if you’re studying the moves and lyrics of Beyonce or Alanis Morissette, SO BE IT. Does he want to meet with you for coffee? Tell him he’ll have to go through your public relations team.

Does he suggest a restaurant? Request a place that’s one star up! Show up looking like you’ve been airbrushed. Yes, it’s shallow. Yes, it takes lots of time. And yes, it will also have him begging at your feet.

Plan a date but not really

You’ve gone on a few dates with him and he’s pulled out all the stops. He suggests that you plan a date for the both of you. Many girls would jump at this as though it were an opportunity to win him over. They’d probably buy stuff to stage a super romantic date.

You shouldn’t do any of these things.

Remember to be a total bitch and do whatever it takes to show that you put little thought into this date. Instead of a huge picnic, bring some leftover crackers in a bag, and then tell him you forgot the cheese.

Oh, you couldn’t bring any wine because you drank it all. You’d like to sit on the grass a bit longer, but you don’t want to ruin your outfit.

Guys seriously love this. For starters, he’ll think you’re absolutely hilarious. Secondly, he’ll joke that he’ll have to plan the dates from now on. BAM, you’ve scored a few more dates with him! Genius.

Making a guy wait an extremely long time to have sex with you is a ploy that needs to be used as part of your bitchiness technique. For the first while you can tease him, but whatever you do, don’t take off your pants.

Finally – the big night comes. You and him have mind-blowing orgasms, but do you let him cradle you in his arms? Absolutely not.

It’s very difficult to resist his soft touch but giving him the impression that you’re off to do super important things (even at 1 am) weighs further pressure upon him to become an actual priority in your life.