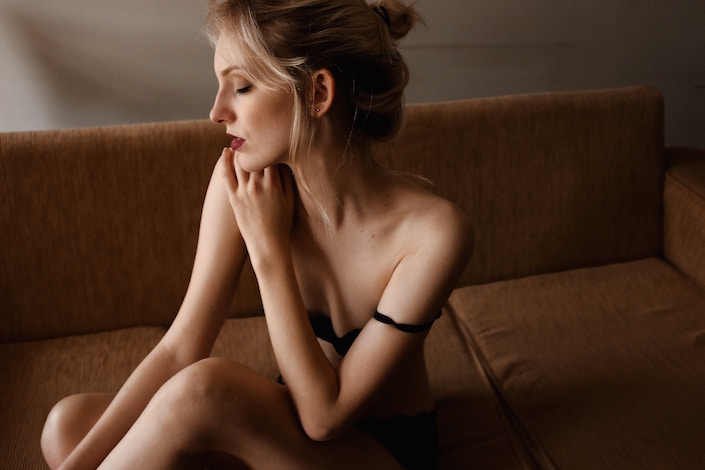 If you’re wondering if what you’re noticing are signs of an emotionally unavailable woman, you may feel like you’re hitting a wall just trying to confirm if your suspicions are true.

There’s a lot of info out there on emotionally unavailable men but their women counterparts can be just as heartbreaking, although there isn’t as much said about them. That’s ’cause we usually associate emotional unavailability with men, but women can be just as closed-off and inaccessible.

But first, what do we even mean by “emotionally unavailable?”

Besides, what’s the point in trying to have a relationship with someone who may never be capable of loving you as you love them?

For that reason, I can tell you from experience that you should avoid dating emotionally unavailable women if you’re looking for anything more than no-strings-attached sex.

She cares least about getting to know you

She keeps it casual

Similarly, if she’s hot-cold about sex and communication, it may be that she has something else on the side — or it could just be that she’s uncomfortable with intimacy and keeps it casual so that she can keep her emotional distance.

Especially if this has been going on for months, this is a sign of a woman who isn’t ready to get serious, and it’s not as if she’s about to get serious in the months ahead, either. She needs that emotional distance, and that’s why it seems like she’s always so hard to read.

Are you the rebound? You might be, and not even realize it. So pay attention to how she talks about her ex. If you find she’s talking about her ex pretty regularly, that’s not a good sign.

Look, we’ve all been there — often unintentionally. But if she’s using her relationship with you to process and recover from the heartbreak of her last relationship, she’s not emotionally present when she’s with you, and that’s a recipe for disaster, because it means the two of you can’t build that emotional connection and intimacy that’s so important to healthy, lasting relationships.

You may notice that she always expect you to be available for her, but she’s only available for you when it works for her, or when she feels like it. That’s a sure sign that she needs to be in control, and that she isn’t willing to let you really into her life in the way healthy couples let each other in.

Watch this carefully, because a woman who isn’t also willing to compromise and work with you is an emotionally unavailable woman, and that isn’t a relationship with a long, healthy future by any means.

She always has to have your attention

When she needs something from you, she’ll give you her attention. When she doesn’t need anything, though, she’ll still expect your attention…without giving you any of her own.

This may be most noticeable when you want to do something with your guy friends, and she’ll find ways to try and keep you for herself, even though once she has you separated from your friends she may just ignore you.

These are signs of a woman who isn’t so much interested in a partnership as a plaything; she’ll never be available to you in the ways she expects you to be available to her, and that’s a recipe for disaster.

For women who are emotionally unavailable, nothing is scarier than commitment. While you may note that they’ll occasionally act as if they want to move things forward, their actions following such statements will just as often make it clear that they’re trying to keep their distance and space.

And if you try to force the issue by trying to get some sort of commitment out of them, this will most often backfire badly on you.

The truth is, as someone who has difficulty accessing (much less knowing) their feelings, nothing can scare them more than your talk of commitment, or trying to build a long-term future.

They don’t know how to handle it, and more often than not, will try to sabotage or swing things back around to this idea of keeping it casual or just enjoying what you already have.

For women for whom emotionally unavailability is a temporary thing (such as as the result of some recent trauma), this might be something you can work through with time, but more often than not, this is a death sentence for any future you might have been dreaming of with this woman.

Are you “good enough” for her?

Don’t get me wrong, the right partner should make you strive to be more when you’re with them. That isn’t, however, the same as a woman who tries to push insecurities and anxieties on you.

Have you noticed how she subtly puts you down, to make you question whether or not you’re good enough for her?

That’s not a good sign. A healthy relationship requires you both pull each other up and support each other, and instead, she’s pushing you down. In doing so, she’s projecting her own emotional issues on you, and that’s not a recipe for success at all.

For many emotionally unavailable woman, part of their emotional unavailability may be the result of pain and trauma in their past, in which case you may note she may try to take that baggage out on you.

Perhaps she has a difficult relationship with her family, or was abused previously. You may find that as a result of that trauma, she acts in some of those same terrible ways toward you — because consciously or not, that pain is what she’s come to believe a relationship is.

This is an awful place to be in, and as tempted as you may be to think you can help her through it, the truth is, you probably can’t. What she needs isn’t someone who will just take her abuse. Instead, she needs to accept that she has an emotional problem and seek professional help for that problem.

Only after that is there any hope that you might be able to have a healthy relationship…and the truth is, even then, there may be too much baggage between the two of you, as she’s connected her past trauma to you.

It’s not anything personal — it’s just who she is.

Guilt trips are her jam

You may find yourself apologizing for things that aren’t in any way your fault, because she isn’t able to take emotional responsibility for her own actions.

Look, it’s one thing to accept your mistakes; this is something we should all practice doing. It’s another to occasionally take responsibility for something that wasn’t your fault to help pacify a situation and keep things moving forward.

When it gets to be a regular occurrence, though? That’s a problem.

So if you note that she regularly tries to make you feel guilty about things that aren’t your fault, or that you shouldn’t feel guilty about, that’s a bad sign, and may be your cue to step back, because a partnership can’t move forward if both parties aren’t willing to take responsibility, and that’s a pretty good sign she’s not willing or ready to carry her emotional weight.

Does the woman you’re seeing check all the signs of an emotionally unavailable woman?

If you enjoy her company and love everything else about her, you may convince yourself that her emotional unavailability is a challenge or that you can change her but the truth is that the only person that can change her is her.

Ultimately, an emotionally unavailable woman isn’t able to give you what you need, and there could be a lot of heartache along the way for you. It’s time to ask yourself whether that’s something you want to sign up for.