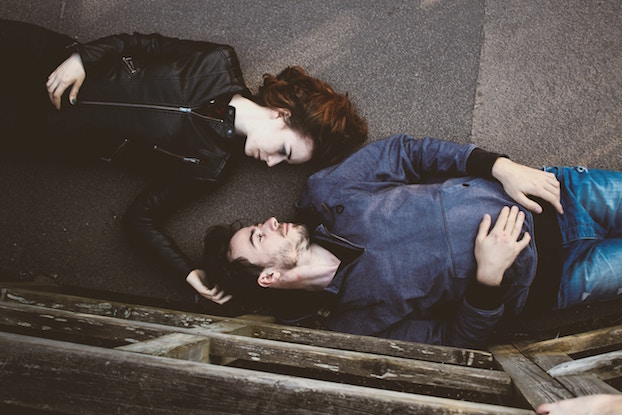 You’ve been dating for three month but not official…STILL?? Some of the most frustrated women you’ll find out there are dealing with the same dilemma: They’ve been dating a guy for a while, but nothing’s been made official.

If you’re one of these women, this is obviously a problem for several different reasons. For starters, you can’t help but think you need him in your life because you’ve become attached. Your day isn’t complete without his morning text message and a night without his evening phone call can lead to hours of lost sleep.

You try telling yourself that labels are old school and to “grow up,” yet you can’t ignore the butterflies in your stomach.

To further add to the misery is that deafening voice in your head that keeps saying: It’s been THREE FREAKING MONTHS and you want him to be your boyfriend – are you really asking for so much? And why, oh why, hasn’t he said anything yet?

To point you in the right direction we’ve compiled a list of scenarios so you can decide whether or not you should move on or wait.

It’s been three months but he says he’s not ready to commit because he wants to see who else is out there. This is a HUGE red flag.

You didn’t go out with this guy for three months to hear there could be other women on the offer. You need to respect yourself and ditch him. Fast.

After a period of time you might notice this guy is holding back emotionally, and this could be happening for a variety of different reasons. Some men are just plain shy and take added time to warm up.

Proceed carefully with this one, especially if you’ve been dating for three months. If the frustration feels like too much, it’s probably time for you to say sayonara.

On the flipside, some guys have brutal commitment phobias that seem difficult to erase. Often these relationships fail, but that tends to be in the guy’s hands.

Some good old-fashioned therapy could really help, but he has to want to do that. If you’re totally loco over this guy then you won’t mind. If you’re not 100% then it’s probably time to jump ship and move on – as hard as that might be.

You might not think he’s a jerk, so to double check, just ask your friends. If they’ve met him a couple of times then they’ll feel his vibes and can serve you some pretty damn good guidance as to whether or not you should ditch this guy.

There are several hallmark signs of a total jerk. Generally speaking, these guys don’t like taking you out to dinner and they’ll never stay over for the entire night.

They have no interest in hearing about your life and will tune you out mid conversation. They will ghost you for days and answer your text messages very sparingly. It’s a crappy way to be treated, but sometimes we can’t help but to be attracted to the wrong people.

Jerks often avoid being in relationships because they want to enjoy the good stuff (like sex) without any strings attached. That’s convenient, after all, and it gives them space to do whatever they want.

If any of this resonates with you then chances are that he really is a jerk and he’s using you. In this scenario, you’re way better off single – truly. After all, he’s taking and taking without giving much back. What’s in it for you?

Many guys use this one to buy themselves more time. They’ll throw you any excuse possible to avoid the issue of exclusivity. They might have a nasty ‘cold,’ be dealing with ‘family issues,’ or tell you some random issue has made their lives ‘so complicated.’

Don’t fall for that sort of crap! Look at it this way: You either like someone or you don’t. If he’s giving you mixed signals then put yourself first. This one may seem extremely special now that you have your love blinders on but there are many men out there and yes, many of them can even commit.

He likes you too much

This is one of the worst concepts ever but it happens in real life all the time. He’ll tell you that he’s so bedazzled and obsessed over you that he’s doing you a favor by not putting a label on your relationship.

He’ll say you’re soooo amazing that he just doesn’t want to hurt you, so let’s keep it casual! Yes, even after three months.

In actuality, this excuse makes zero sense and has no place in reality. He’s definitely hiding something from you and that’s the one thing here that’s crystal clear. Time to say see ya’ never.