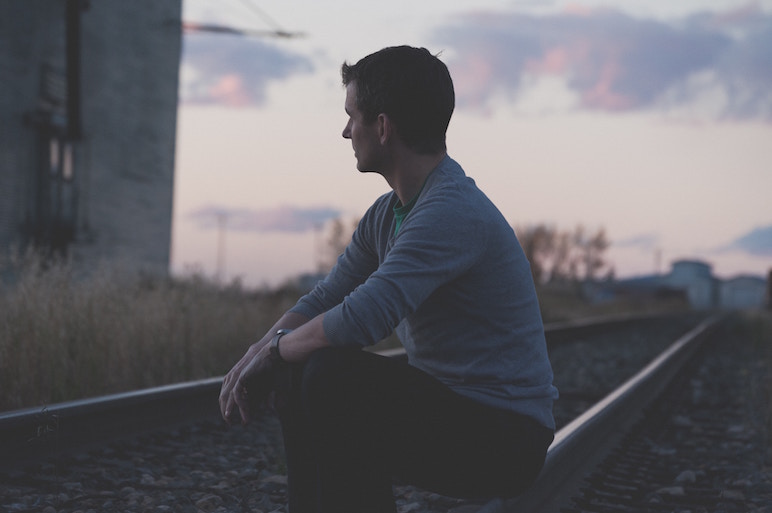 Want to save yourself tons of time and heartache? One of the best things you can do is watch for these 13 signs of an emotionally unavailable man.

‘Cause when it comes to building a successful relationship you can place at the center of your life, it may be that nothing rivals emotional intimacy.

First, though, what do we mean by “emotionally unavailable?”

For starters, emotionally unavailable men may have difficulty in expressing their feelings. This may be as a result of past emotional trauma, or it may simply be who they are.

Temporarily emotionally unavailable men are obviously much more suited to sharing a meaningful relationship, but in either case, emotional distance in a relationship can, and should be, a deal-breaker, especially as it may mean trying to have a relationship with someone who may not ever be capable of truly loving you as you love them.

He’s not that into you

This can present in any number of ways, but most commonly this will look like a disinterest in who you are as a person. Odds are good he’ll still be plenty interested in sex, but when it comes to talking afterward or hearing about your day, he’ll likely make it pretty clear he’s really just not that interested.

Similarly, this also likely means he doesn’t ask questions about you, or your past. This isn’t just you, though, because he’s unable to connect emotionally with anyone in his life.

Because he fear being vulnerable or otherwise opening up, you can expect regular mixed messages.

Some of this may be his own difficulty in knowing what he wants and needs, as he isn’t emotionally honest enough with himself to really know, but regardless, his unwillingness to really commit to a relationship means you’re never going to get his full attention or commitment.

Instead, you’ll get sweetness one day and a cold shoulder the next.

He can’t open up

Because he is so afraid of being vulnerable (which he sees as weakness), he won’t talk about his feelings with you. In part this may be because he doesn’t know his own feelings, but it’s also the result of not knowing how to communicate without feeling vulnerable — and feeling vulnerable is precisely the thing he hates most.

When he is able to open up, you may find you feel more like his therapist than a partner, because even when he finally trusts you enough to talk, he still isn’t emotionally mature enough to handle your emotional needs as well.

If the relationship feels one-sided, that’s because it is, and that’s not a relationship at all. After all, can you be with someone who can’t also meet your needs?

He prefers it casual

Keeping it casual means not needing to make a commitment, which leaves him feeling in control.

Watch his actions: If he disappears on you, but then is ready to have a relationship when it works for him, he’s letting you know that he only wants a relationship on his terms — which isn’t how a serious relationship is built.

Similarly, you may note he only wants to hang at your place, or doesn’t want you snooping around his place. Odds are good he may have other women he’s keeping at the same arm’s length.

He runs from trouble

An emotionally unavailable man doesn’t want to be there for any potential confrontation, because that would mean dealing with feelings, something he either isn’t comfortable with or doesn’t know how to do.

As a result, he may well run at the first sign of trouble, rather than try and work through it with you.

Here’s the thing: Every relationship has conflict. If he isn’t willing to work through it with you, it isn’t as if that conflict is going to solve itself, and ignoring it long-term isn’t a solution, either. You deserve better.

He ignores your feelings

Much like a narcissist, an emotionally unavailable man is incapable of considering your needs or feelings. This can be the result of his own difficulty in connecting with feelings, but regardless, it doesn’t bode well for a mutually beneficial partnership.

This may be something he’s willing to work on with you, but consider that for a relationship to work, both parties have to feel supported. Can you really feel supported if he doesn’t recognize your feelings?

He’s still hung up on his ex

This may even be the cause of his emotional distance. If he’s still in love with his ex, you’re the rebound — and he may not even be self-aware enough to realize it.

In any case, if he’s still stuck on his ex, he’s not seeing you as a partner. So pay attention to how he refers to his ex: If a former love comes up regularly, that might be a sign their heart is still elsewhere.

He prefers texting to talking

When it comes to communication, many emotionally unavailable men may prefer texting, because it allows them to hide and gives them control over communication, to talking, even though talking in person (or even over the phone) allows for much greater communication of tone, body language, and other emotional cues.

This helps him create an emotional barrier, though, and prevents things from getting too emotionally intimate, which is uncomfortable for him.

You should know, though, that without a willingness to work through things and be emotionally intimate, a relationship can only go so far — and that requires hard face-to-face communication.

If you’re always the one making the compromise, that isn’t a partnership. You need your partner to work with you, which requires compromise on both your parts.

If he isn’t willing or isn’t able to do that, that lack of emotional maturity will kill any long-term future you might have.

He struggles with empathy

Because he has a hard time accessing her own feelings, he has an even harder time understanding how others might feel in a given situation.

As a result, he cannot sympathize or feel empathy, because he can’t make that emotional connection. And that can be terribly frustrating in a relationship, because you’ll never get the emotional support you need from him.

Because stepping out of our comfort zone requires a certain level of emotional independence, ceding control can be tremendously difficult for him. Ultimately, this is frequently also connected to low self-esteem.

If you notice he always has to set the itinerary, though, this is a clear sign that he isn’t emotionally able to trust you or cede you control.

He may be closed off when it comes to his personal life for the same reasons; he needs to control that arena, and letting you in forces him to cede some of that control.

He can’t connect with the people closest to you

For a real partner, the people you are closest to become their family as well, but this is the exact opposite of what happens with an emotionally unavailable man.

Because he already struggles to connect even superficially with you when it comes to feelings and emotions, he definitely isn’t able to create those bonds with your family, friends, and inner circle.

That’s simply a level of commitment he isn’t able to make.

He’ll do anything to avoid emotional intimacy

That may mean expecting perfection. It may mean creating drama where there was none. Regardless of how, when things are going well, that emotional intimacy scares him, because he doesn’t know how to handle it.

As a result, he will find reasons to step back, to regain control, or otherwise push you away. He can’t make a commitment to you, and his actions will reflect that.

Ultimately, an emotionally unavailable man isn’t able to give you what you need, and there is not much hope for a long-term happy future with him. It’s more likely that you’ll be left doing most of the work without much emotional support or even acknowledgment from his side.

So if the guy you’re seeing checks off most of these signs of an emotionally unavailable man, it’s time to ask yourself: is it worth it or is it time to walk?

This is about men, but my girlfriend of 2 yrs fits almost all of these.