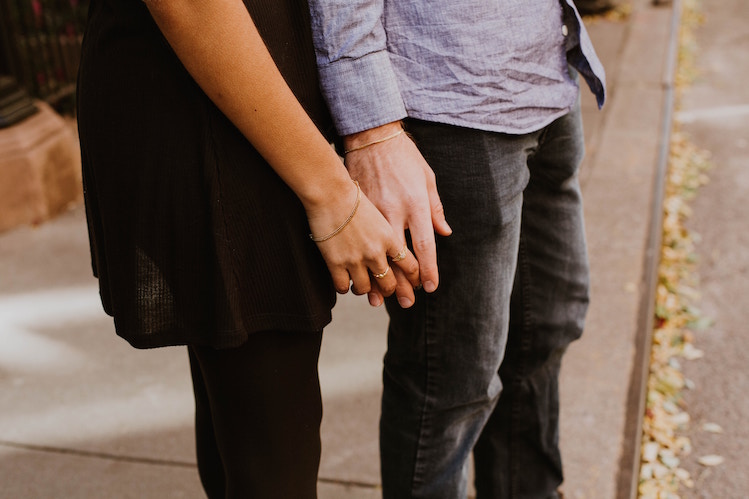 One thing every women who’s been in an emotionally unfulfilling relationship wants to know is: Do emotionally unavailable men change?

The short answer? No. Not usually. Very rarely.

The longer answer: Sometimes, but again, it’s pretty rare, and there are some other issues that often also need to be addressed.

That said, let’s dive in!

First, if you’re in love with an emotionally unavailable man, my condolences. Few things are more difficult.

Most likely, you expect that a magic unicorn will come around, tap him with a rainbow horn, and suddenly he’ll be emotionally connected to you.

The truth is, that just isn’t how it works, and even if it did, consider this: Do you really want to be the woman attracted to an emotionally unavailable man?

It may be that there are issues you want to address in your life and how you approach relationships, too, if you find yourself falling for someone that just can’t be there for you. That’s another whole article, though…

So back to the original question: Do emotionally unavailable men change?

When they do, here’s what it takes:

He must want the change

Let’s face it: He isn’t going to change unless he wants to. If you simply expect him to, but he doesn’t want to, you might as well pack your bags now, because it isn’t going to happen.

Instead, the desire to change must come from within him. And that’s going to require a great deal of introspection, soul-searching, and self-awareness on his part — things that run naturally counter to the idea of an emotionally unavailable man.

You have to be the right woman for him

Then there’s this fun part: Even if you help him work through all of his issues, there is the very real possibility that once he has connected with his feelings, he’ll realize that you aren’t the woman for him…and in that case, there’s nothing you can do about it.

If he doesn’t explicitly tell you, unsolicited, that you’re the woman for him, the sad truth is that you just might not be.

Worse yet, though, you won’t know until he goes through the work (assuming he wants to; see point #1) to get in touch with his feelings.

Assuming he does want to work through his emotional issues, keep in mind that this is going to take time — likely years, if not the rest of his life.

When men are emotionally unavailable, there’s often a reason, be it trauma in their past or even something in their subconscious. It takes time to work through that!

And during that time, he’ll need you to be patient with him, or else you both run the risk of him only taking a step backward in his emotional development. So be there for him, but give him time as he works through his emotional baggage.

Respect who he really is

This is the hardest part for some people, when their partner starts opening up emotionally and they find that the person underneath isn’t the person they were hoping for.

The truth is, if he is able to start coming out of his emotional shell, he’s going to become more of who he really is, and you may or may not like that person as much as the person you were hoping he would become as he grew more in touch with his feelings.

Working through his emotional baggage is going to be very, very hard for him. He’s going to need a cheerleader in his corner, and you’re the perfect person to do just that. Be encouraging for him, and he may be better able to work through his issues.

Be careful here not to pressure him, though. Again, let him work through things at his pace and as he’s comfortable doing so.

This part is important. If you try to push him forward toward commitment and emotional attachment, you’re likely to inadvertently push him away. Remember, as a formerly emotionally unavailable man, he already has a hard time with his feelings.

Pressuring him is going to cause anxiety and fear, and is likely to result in him backing away.

Practice your own independence

Look: He may or may not ever be ready for you. Be there for him as he works through his emotional baggage, but know that you also need to be able to support your own sense of self, your own happiness, your own life.

Instead of waiting for him to hold you up, practice holding yourself up, and be your own best possible self.

The truth is, it’s quite likely he’ll never be the man you need. If he is ever going to be, though, he’ll need you to practice those seven points above.