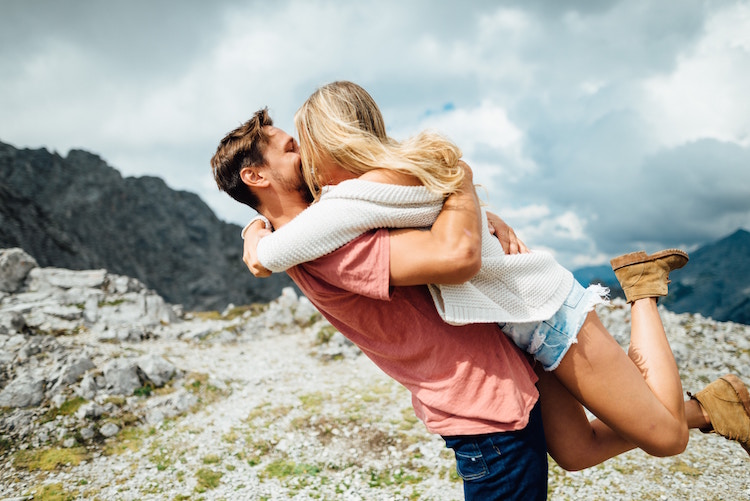 You’ve been on a few dates and everything feels like it’s clicking into place. But is it just infatuation or is he really into you?

Although every guy has a different way of expressing his feelings, these are some tell-tale signs that crop up across the board.

He gives you his prime time

Most people are busy trying to fit their career, family, and friends into the limited amount of time allotted to them.

If the man you’re seeing consistently wants to see you during the best times he has available – Friday evenings, weekends, weekday evenings – instead of spending the time with his buddies, you can bet he’s pretty into you.

He factors your preferences into his decisions

When the man you’re seeing begins to consider your preferences in his decisions, it shows that he not only cares enough to remember these details about you, but that these likes and dislikes of yours matter a lot to him.

If you find your date naturally choosing only vegetarian restaurants since you’re a vegetarian or joining a gym since you love to work out – rest assured the guy is into you.

He starts to quote you

“Imitation is the sincerest form of flattery…” If you’ve spent some time with your guy and you notice he’s begun to adopt some of your lingo and your ideas – he shouldn’t have to tell you that you’re occupying his thoughts constantly.

He listens to you. And asks questions.

This one should be a no-brainer. If the guys you’re seeing is attentive and engaging whether you’re talking about sex, politics, puppies with down syndrome, etc., he’s interested in what you’re thinking and is probably trying to gauge whether you two are compatible on different levels.

A man who is trying to figure out if you two can work in the long-run is most likely, into you enough to try to see where it might lead.

He wants to “talk about it”

Despite the “Men Mars, Women Venus” stuff, men are the same with women in a lot of ways. When people of both sexes begin to have feelings for someone, there’s a tiny bit of insecurity and anxiety that arises along with all the happy-butterflies-in-gut feelings.

If you happen to express any sort of concern, anxiety, insecurity and instead of simply glossing it over, he wants to “talk about it” – you can bet that it’s because he’s feeling the same way too. He’s becoming really into you and he wants to make sure you are too.

I know we said 5 signs, but here’s an additional (situation-dependent) one for good measure…

If you don’t know what a soccer-mom arm is, it’s when you’re driving in the car and some douchebag cuts you off, causing you to veer off course. In that sudden panic, the driver instinctively reaches out one arm to make sure the precious person in the passenger seat doesn’t come to harm.

If your guy does this – you can rest assured that you’re really quite important to him.