By Shay | Dating Tips for Men 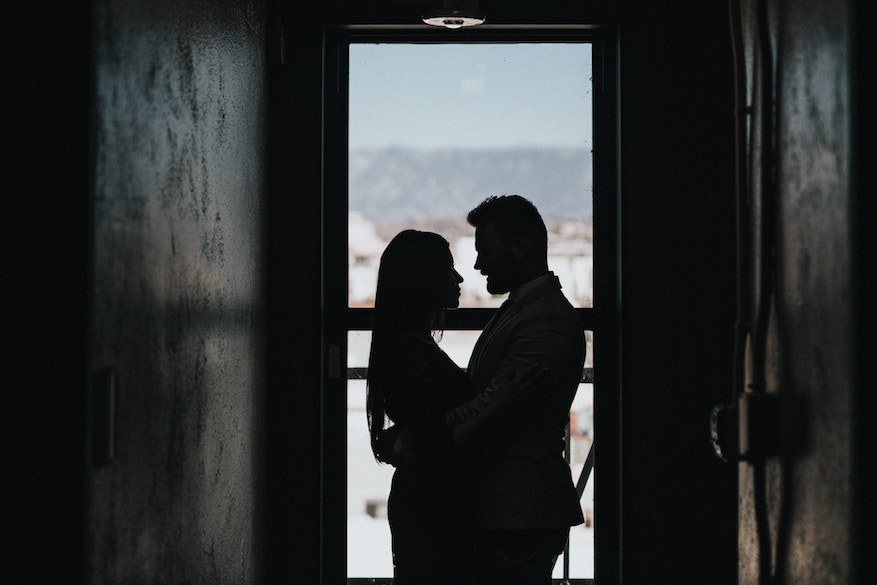 Your ex came back after rebound and you want to know: should you take her back?

That’s a loaded question, and we’re going to have to answer a few other questions to help you decide whether or not you should take your ex back after they have a rebound relationship.

Let’s look at each question individually to help you decide whether the second time around might work better than the first, or if maybe she just isn’t right for you.

Who broke up with who?

For instance, maybe she’s since realized over the course of her rebound relationship that her reasons for breaking up with you weren’t good enough, and that while the two of you may have things to work on, you’re good together. That would be a good reason to consider taking her back.

But on the flip side, maybe she broke up with you because she didn’t see a future with you, and she’s only coming back to you because her rebound wasn’t any better, and sometimes a known commodity is better than the unknown, even if that known commodity (your relationship) maybe wasn’t ever that great.

For the rest of this discussion, we’re going to assume that she broke up with you, because if you broke up with her, you know exactly why, and whether or not those reasons still apply to your past—and potential future—relationship.

Why did you break up in the first place? (And was there ever any cheating?)

Often times when people are in relationships and things start to get serious, they get scared. Sometimes that’s a reason people break up—even if it isn’t the reason they give.

Other times there are personal issues (depression, for instance, or anxiety) that she might not have been willing to share with you, and as a result, when things got hard, she may have felt the need to break up to protect you from those things, rather than trust that she could share them with you.

These are pretty common reasons for breaking up, and yet, they are rarely the reason given. As a result, any talk of getting back together needs to include plenty of hard honest conversations about why you broke up, what was wrong in the original relationship, and how you might address those issues in the future—together.

One final caveat here: If there was ever any cheating involved, you need to think very hard about why, and whether that trust can be regained.

Similarly, if the rebound happened shortly enough after your breakup, you need to consider whether or not she already had her rebound lined up when she was breaking up with you—which brings us to our next consideration:

How much time passed between your breakup and their rebound?

This is where math and some emotional calculus comes into play. For some people, jumping into a rebound a month after a breakup can be completely fine, and not at all reflective of their relationship prior to the breakup.

For others, jumping into a rebound even six months after the breakup can be a sign that they were already pulling away emotionally and looking for another relationship at the end of your relationship. So you have to trust your gut a little bit here.

For instance, was her rebound with a guy at work that she had been pretty chummy with while you were still together? That should set your spidey senses tingling.

Or had she been going out with her girlfriends pretty regularly after you split to help ease her heartbreak and just happened to fall into a rebound with someone she met while out?

The circumstances and timing matter, because they help determine whether or not the two of you will be able to fully trust each other again if you get back together. Which is really one of the biggest pieces when you consider if you should get back with an ex after a rebound: Is there hope for a future if you do?

Which brings me to my next question…

Have you moved past your original issues? And what are your goals in getting back together?

Look, if you can’t grow together from the experience, and learn from your first breakup, then there isn’t going to be any point in getting back together.

Without learning from the experience, you’re going to be doomed to repeat the same mistakes and hurt each other in the same ways, except only worse, because it will be compounded by the trauma of your first failed relationship.

So you have to be able to give each other a fresh start, move past your original issues, and truly trust each other. If the time apart doesn’t serve as a reminder to really practice your communication with each other, then there is no point in getting back together.

Similarly, you need to have some real talk when it comes to the future you see with each other. If you’re talking about going from exes to friends with benefits, that’s one thing (though still fraught with potential emotional peril), but going from exes to a couple again is hard, and you shouldn’t unless you have the same long-term potential future in mind.

Ask yourselves the big questions. Could you see yourself marrying her? Can she see herself marrying you? This doesn’t mean you have to get engaged—in fact, you probably shouldn’t until you’re both well on your way to having those original issues fully worked out—just that you need to be serious about your ideas for the future.

If you haven’t talked about whether or not you want kids in your future, this is a good time to at least broach that topic. Again, this isn’t where you pick kids’ names—but it is a reminder that if you want kids and she doesn’t, or vice-versa, you probably shouldn’t get back together, because heartbreak is the only future those kind of big picture issues bring.

So have the hard conversations. You have to be fully honest with each other if this is going to work.

Why did they end things with their rebound guy?

Lastly, you have to look at why they split with their rebound, as not fun as that may be. Did they split because that relationship wasn’t fun anymore, because their rebound saw one of their less than ideal sides, or because they realized they wanted what they had with you?

The reasons for leaving their rebound matter, because sometimes people leave a rebound as soon as it stops being fresh and fun, rather than because they know what they want and the rebound isn’t it.

So if your ex split with her rebound because she wasn’t having fun and was bored, that can be a sign that she’s coming back to you because she’s comfortable with you and knows what to expect with you. That isn’t necessarily a good sign.

If she split with her rebound, though, because she realized you were the long-term future she wants, that’s a whole different story. So figure out what happened, and why she’s really coming back to you wanting to get back together now.

There may be other questions you need to ask, too, and no matter what, you are going to have to both be willing to have hard conversations if your second go-round is going to work out better than the first. The questions above, though, are a great start to figuring out whether or not you should give it a go.