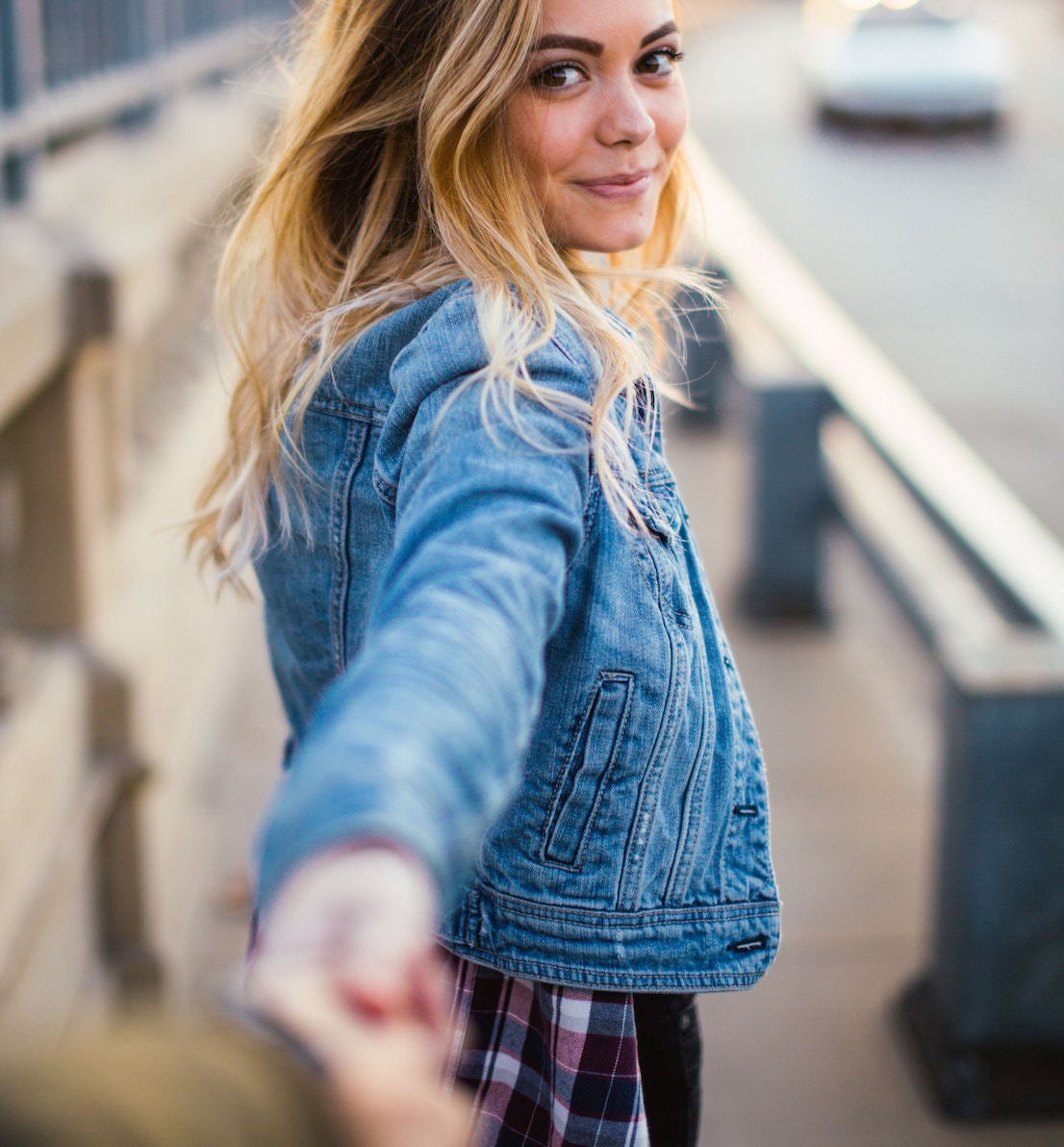 You’ve probably heard the line that you should let him come to you after a break up. But why? And how exactly do you go about doing that?

Can we be frank? Sure we can; we’re all friends here.

A less shared but still no less true truth: Most men are idiots. No, really, we are not smart. And this is especially true when it comes to emotional intelligence, our feelings, and relationships.

The truth is, plenty of men have no idea what they want until they’ve had it and then lost it because they screwed things up. We’re so-so at best when it comes to learning from our mistakes—but there’s no way we’re learning anything important until after we’ve made those mistakes, either.

That is, there’s pretty much no hope of us meeting the woman of our dreams until we’ve already met her and screwed it up. Sad? Definitely. Pathetic? Certainly. But no less true.

So if your ex has broken your heart, and you’re trying to figure out how to get him back, the truth is the worst thing you can do is chase him.

When you chase a guy, what it tells us is you’re needy, that you’re dependent on us, and that we were right to run away. When you chase us, it’s a confirmation to us that we made the right move in ending things, and that wow, did we dodge a bullet back there.

Instead, if you want things to work between you, the best thing you can do is give him space and let him realize on his own time and terms what an idiot he was for breaking up with you.

Now, to be fair, there are no guarantees he’ll ever be smart enough to realize he is said idiot, much less realize he needs to win you back. But if there’s to be a hope of future between the two of you, that’s the way it has to play out. You have to let him come to you after a break up.

1. Realize that a successful relationship is like a chemical drug addiction

Now by that I don’t mean that a successful relationship makes the two of you dependent on each other, nor is it unhealthy. But successful relationships do connect with endorphins and dopamine and serotonin and other brain chemicals to give you a natural high and make you feel better about life, which is a pretty addicting feeling.

All of that is natural, and easily explained by the loss of the euphoria you each felt when things were going well in your relationship.

This, too, makes sense: Love really is like an addiction, and our brain responds to love similarly.

If there are ways you can help prime your ex to think about how much he misses those euphoric feelings he experienced with you, subtly, then all the better.

Just remember, if this is going to work, you can’t appear as if you’re chasing him, so it’s best if mutual friends you are interested in seeing the two of you back together are the ones reminding him of how happy he was with you and giving him other subtle nudges back toward you.

2. Remember he likely already misses you

There’s a solid 80-90% chance that if you’re missing him, he’s also missing you.

Now, there’s no guarantees as to what he’s thinking, and that’s why having those mutual friends in step one to steer his thoughts back toward the good times he had with you are so important.

This is true even if he’s just jumped straight into a rebound relationship. Often times guys will do that because they think it will help keep them from feeling the pain of missing you, or will help them replace you, but just as often (especially if the two of you had something incredible) it only serves as a reminder of what he’s missing.

3. And because he misses you, he’s going to keep tabs on what you’re up to

Look, we’ve all done it. We’ve Facebook or Instagram stalked an ex to see what they’re up to, hoping they’re miserable without us in their lives. And if they’re not, we end up a bit upset or frustrated that they’ve seemingly been able to move on without us, right?

So if you find yourself checking his social media on a regular basis, odds are good he’s doing the same to keep tabs on you.

He misses you—even as he’s afraid you’ll be happy without him.

4. So use that to your advantage

Show him exactly how awesome you are, as if he’s had a chance to forget. Don’t mope, no matter how badly you want to. Instead, make him miss you even more.

Think back to what were the best parts of your relationship. What were the pieces that made the two of you happiest? I don’t mean just the good sex; I mean the little things that were so uniquely the two of you.

Maybe the two of you really enjoyed kayaking together on a quiet alpine lake. Or maybe you went to some really great rock concerts. Whatever it is, use those pieces to your advantage to help remind him of what he’s missing.

Again, it’s important that you’re subtle here. Remember, if he knows you’re trying to get him back, he’s likely to read that as needy, which is in turn more likely to push him away.

If you’re genuinely able to project happiness by yourself or with some girlfriends, especially in the places and settings that the two of you were happiest, he’s more likely to remember the amazing girl he’s given up—and realize what a terrible mistake he’s made.

So use your social media to leave bread crumbs and clues. He may well be too daft to pick up on it, but if he isn’t, he’s going to see those bread crumbs, remember how amazing your time together was in those shared special places, and realize he was an idiot to throw it away.

And that, in turn, makes him more likely to come back after you.

This is especially true if you broke up with him, but can also work if he broke up with you. The truth is, you want your social media to make it clear how awesome and independent you are, not that you are missing him and need him back in your life.

I mean it. Do your thing with your girlfriends. Be happy without him (even if on the inside you’re missing him terribly.) And above all else, do not contact him.

Contacting him is going to be interpreted as a sign of neediness, regardless of why you reach out to him. If for some reason you absolutely have to get in touch with him (like, say, some of your stuff you need is still at his place), do so through a mutual friend, as if you’re too busy living your awesome life to reach out to him yourself. (And consider that leaving a few things that were still at his place when you split there will serve as reminders to him when he sees them of what he’s given up.)

You need to be strong. I know, this is incredibly difficult. We’ve all had those breakups where we lost our mind and called our ex a million times about how much we missed them and how we still loved them, or at the very least have had a friend go that route. Don’t do it.

That’s what crazy people do, and no one wants to get back with their crazy ex. As hard as it may be, be strong.

6. By being your best possible self

Were there things you wanted to do but never did while you were together, like training for a marathon or taking dance lessons or learning how to play an instrument? Well now is the perfect time to do those things.

Getting good at something you wanted to do while you were together but never took the time to invest in is a pretty clear sign to your ex that you’re even better than he remembers.

Additionally, it sends the subtle sign to him (even if it may be inaccurate) that you’re not bothered by the split, and that you’re even more badass than he remembers.

Make him miss you by being even more incredible than he remembers.

7. By being happy with other people

Even if it isn’t completely accurate, let him see you happy with other people. That’s going to remind him of how much he liked making you happy, and is going to help him miss you even more.

8. By letting him chase on you on his terms

This is where it can be tempting to reach back out, especially as you start putting yourself back together by spending time with your friends and in the pursuits you didn’t have time for while the two of you were together.

You might be feeling better about things and be tempted to reach back out to him, but be warned: Doing so can backfire badly.

Instead, you need to be strong enough to know that if he’s the right guy for you, he will eventually realize what a dumbass he’s been and come back after you. He needs to reach out to you first, because that puts you in a position of strength.

As stupid as these games are, most guys will see you as needy if you reach back out to them first. So don’t. Wait for him to miss you and reach out to you.

There are a couple of signs you can watch for, too, while you wait for him to chase you.

All of those are signs he’s still got you heavily on his brain. You do your thing and just watch: If he’s smart, he’ll come chasing back after you before you know it.

So don’t chase him. Let him come to you after a break up on his terms, and you may surprised just how much better your relationship can be the second time around after he realizes just how much he was missing out when the two of you were split.