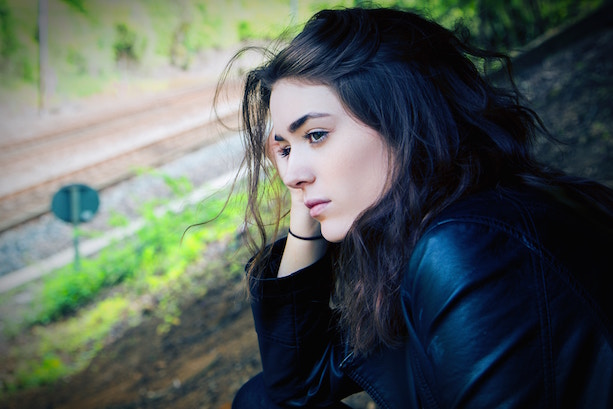 Put your hand up if you’ve been dumped and you were miserable.

Bet’s on that this has happened to you, and when the nasty event transpired you couldn’t help but think to yourself, “How on earth do I get him back?”

Rest assured, you’re not alone. When conventional dating emerged as a trend, we began looking at our relationships like a game of chess.

We often imagine ourselves with someone for a bit but eventually the inevitable happens – they dump you or you dump them. It’s kind of alienating and it’s not fun, especially if you’re on the receiving end of things.

Breakups are hard for a few obvious reasons. But as a general theme, we get used to having someone in our life and it’s hard to adjust when they’ve decided to leave. Even worse, if you felt that this could be your forever guy, it’s hard to accept that this ended so quickly and so harshly.

You’d think this would be enough to turn us off, but there are certain circumstances in which he may have misunderstood something. You may feel there was no merit in the final decision and that he’s totally in the wrong.

It sounds miserable but the truth is that the ball is in your court. You get to decide how you handle the situation and you can do it on your own terms. And who knows, if you get it right then you might just win him back.

After all, soggy tissues get old fast.

So how do you get him back after he broke up with you? Here’s 5 unexpectedly simple ways to coax your way back into his heart.

Breakups often happen so quickly that you have no time to explain yourself so you can provide more context to the situation.

One of the best ways to get him back is to come up with some super simple sentences that will get your point across in a non-forceful way. Most people are willing to talk at least once after a breakup so try meeting him at a coffee shop and give it your best shot.

By adding clarity to the issue, he might reconsider his decision and the table could be turned in your favor.

If you’ve been dating for a while then chances are you’ll have one of his hoodies or his favorite watch. While the thought of returning his things probably makes you feel sad, it can also serve as a great opportunity to get him back.

This might sound bad, but sometimes you need to paint the picture a little more brightly than it is. And by that we mean that you need to show up looking super bright and positive.

When you approach it this way he’ll be much more likely to negotiate and returning his stuff helps you get there in the first place.

Even if you don’t feel positive then do things that tend to make you feel more positive. There’s a reason why people say that happiness is the best form of revenge and that’s because other people get curious about your big smile, and he will be no exception.

Chances are he’ll ask you about how you’re doing once he sees you doing your own thing, and he’ll get the feeling that he’s really missing out.

Show interest in other men

Think about dating the way that you’d think about a game of checkers – it’s all about strategy. The last thing you’ll feel like doing after the relationship ends is dating other guys.

But the one thing you haven’t considered is that exes get crazy over that stuff, and it often brings them back.

We’re not saying you should go do a fancy dinner. It’s the most effective when you leave subtle hints – perhaps you tag another guy in your Instagram posts, you like someone else’s, or you leave comments. Trust us, he’ll see, and it will likely help you out.

If there’s one thing that you wanted to do during your relationship, now’s the time to try it. Maybe that means you join a water polo team or you try painting with watercolors for the first time.

Whatever you choose, try focusing on yourself. He’ll get the sense that he’s really missing out and you’ll get a better sense of how good you are at living life on your own.

It’s great to get a guy back but some relationships just aren’t meant to be revisited. Remind yourself that you’re awesome – regardless of whether or not he sees that. If he doesn’t appreciate you then don’t worry, someone else will.