Why Do Guys Only Want to Sleep With Me? 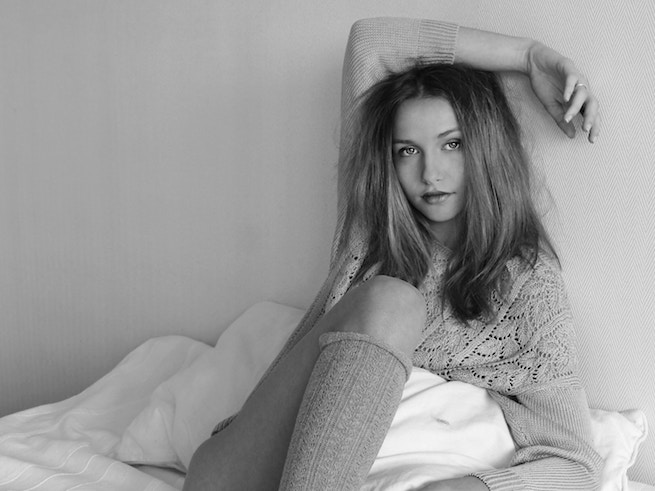 You’re looking for a relationship, but keep striking out: It seems like guys only ever want to sleep with you, and you can’t help but wonder why.

After all, friends of yours have found great guys and meaningful relationships, and you know you’re a catch, so what’s the problem?

The truth is, there are lots of reasons why guys might only want to sleep with you – and plenty of them are more a reflection on the guys than they are on you.

It’s Him, Not You

Plenty of guys have realized they can get sex without the relationship, and have decided that’s what they want. Or perhaps they lack emotional depth, and aren’t capable of a meaningful relationship beyond sex.

Lots of guys have come to realize that some women want male attention badly enough that they’ll agree to sex – regardless of whether or not there’s any form of relationship attached to it – because some guys make it clear that’s the only way they’ll give their attention, even if the woman really wants a relationship, and not just sex.

The hard part is that by agreeing to sex, she’s given the guy all of the power in the relationship, without him taking on any of the emotional responsibility of a healthy relationship.

And if a guy can get sex without needing to emotionally connect, well, plenty of guys think that sounds like a pretty dreamy scenario.

Who are You Attracted to?

Yes, plenty of guys want a deep, meaningful relationship – but they may not be the guys you’re immediately most attracted to, because the guys who play the field also tend to be the most immediately attractive, confident, and popular guys.

So if you keep ending up with guys who only want sex, think about what type of guy they are and trust your gut to recognize a player when you meet one.

Know When to Drop Him

Some of the above are beyond your control – you can’t force who’s not looking for a relationship to want one.

But there are some things you can control, so that the men attracted to you are more likely to be relationship material than booty calls.

The first and most obvious is if a guy is a player, or only interested in you for sex, move on.

Yes, this means you’ll likely be dumping quite a few guys, and some of them may be guys you’re really attracted to, but if you want a relationship that isn’t just sex, it’s for your own good – because guys who are just after sex aren’t going to be able to give you the relationship you want.

They’re not interested in that, nor are they likely capable.

Date Men Who Want What You Want

Another obvious but often ignored dating tactic is to focus on the guys who are looking for a real relationship.

And I don’t just mean guys who pay lip service to the idea of a relationship on their Tinder profile; I mean guys who legitimately want to get to know you for you, and are interested in all of you, not just your body.

Be Strategic with What You Showcase

Last but not least, think about how you present yourself and what you emphasize. In a perfect world, you could wear whatever you wanted, walk however you wanted, and guys everywhere would treat you with the respect you deserve.

Unfortunately, that isn’t the world we live in.

Lots of guys are pigs. That’s not a reflection on you. But every woman also knows how to exude different vibes and emphasize different things. If your normal walk emphasizes your hips and butt, or if you make a habit of showing off your cleavage, those are things guys are going to focus on.

Instead of meeting guys in bars, talk to people at museums, or go birdwatching with a group. Sharing interests with someone makes it more likely they’re going to be interested in you for you, rather than for your body.

Present yourself as an elegant woman, demanding of his respect, and you’re more likely to get it.

Save the Sexy for Later

With that, think about how you date. Flirtation is a good way to show interest, but do you jump straight into sex talk? Yes, you want him to be interested in sleeping with you – but you also probably don’t want it to be the only reason he’s interested in you.

Save the sex talk for after you’ve gotten to know each other a little better, and have determined that you’re compatible as people. When you’ve developed emotional compatibility, the physical connection and chemistry will come naturally with time.

When you focus entirely on the physical connection, however, it can be difficult to build the same level of emotional connection.

In other words, he doesn’t need to see you as a relationship material to want to sleep with you – and very often, if he really just wants to sleep with you, you’ll know because he’ll push things in that direction. You, of course, don’t have to agree to go that way.

For instance, if the only time you hear from him is late at night when he wants some action, you don’t have to respond. In your actions, demand he treat you with respect and attention, and if he doesn’t, cut him loose.

This can be tremendously difficult – but trust me when I say most guys who are interested in a girl for more than just sex are willing to wait, and are willing to do things on her terms, because they want to see where things can go.

Don’t let yourself fall into the friends with benefits category if what you’re really looking for is a relationship. This is related to the previous point, but if guys know they can get sex, they’ll take it without expecting anything more.

Be willing to let guys loose as soon as it appears they’re only interested in sex, and stress your other attributes, like your intelligence and interests, and you’ll be far more likely to land a fellow worthy of your time and interest.

In the meantime, don’t take the guys who are interested only in sex personally. Be pickier with your screening process, but remember that these men don’t determine your worth. There are a lot of douchebags out there – and that’s not a reflection on you.