Why Does My Ex Still Want to Sleep With Me? 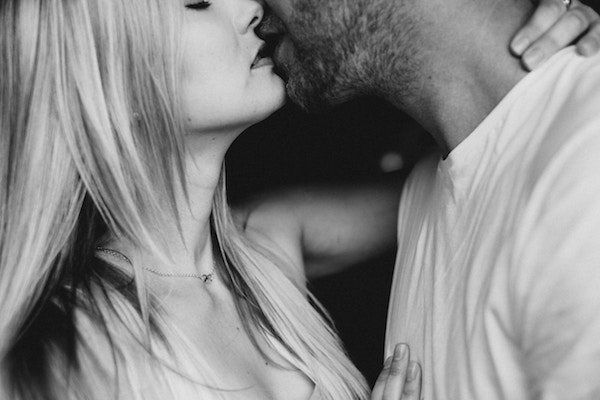 After a breakup, it’s rare for most people that they never see their ex again. After all, in your time together you likely shared interests, friends, and favorite spots.

You still have your ex’s phone number, email, and depending on how long you’ve been broken up, maybe even their spare key – and they can say the same about you.

And, if you were together for some time, there were clearly reasons that things worked between you, often including physical chemistry.

So it’s pretty natural that you might want to still sleep with them, or even more likely, that they might sill want to sleep with you. Breaking up doesn’t have to mean abstinence, and for many men, they’d very much prefer it didn’t – so if your ex is still trying to sleep with you, you’re hardly the first.

After all, one common school of thought after breakups says that you should make a clean break from each other, so you each have a chance to get your hearts and lives back in order. Sleeping together after you’ve broken up makes that messy, and so it may not be what you want.

Let’s look at the reasons why he might still want sex with you, rather than a clean break.

Familiar sex is comfortable, and comforting. You know what he likes and what he finds super hot, and he knows the same about you.

And as a result, it’s easy – you know how to get each other off, without any of the fumbling or bumbling that can happen with other first-time new partners.

I don’t mean this as a dig. The truth is, unless he’s got skills as a player and can pick up any girl he wants, it’s going to be easier for him to get sex from you, a known commodity, than trying to pick someone new up at the bar.

He wants to be friends with benefits

Combine points one and two and you’ve got a pretty good argument for keeping a friends-with-benefits arrangement alive and well.

I mean, the two of you already know you’re physically compatible and have chemistry, and clearly if you were together for a long time, there’s at least some semblance of friendship.

As a result, he may be thinking this is an easy way to get regular sex, without any of the work of keeping a relationship together.

He thinks it will give him closure

Of course, on the flip side, he may still be grieving the loss of the relationship. Sometimes sex as closure is a lie guys tell themselves, and sometimes they actually believe it – that if they sleep with you one last time, that will somehow help them get over you.

Of course, that’s not how sex works for most people. Whether he wants to admit it or not, there’s an emotional connection to sex, and having sex with you isn’t going to help him move on. Instead, it reminds him of what you share.

And also, how over is it if you’re still sleeping together?

He thinks it will win you back

On the flip side of that grieving process – and especially if you broke up with him – odds are good he may think that sleeping with you will help him get you back if that’s something he wants.

That emotional connection produced by sex? It’s both very real and a very strong motivator. Our bodies produce oxytocin when we couple, which makes us feel loving and comforted.

As a result, he may be planning to take advantage of those warm cuddly feelings post-coitus to try and get back together.

Wanting to sleep with you may not even be as much about sex as simply about missing you, and the emotional connection he had with you.

Most guys are not able to open up emotionally with their guy friends, and given how many of us are incapable of having friends that are girls without trying to sleep with them, odds are good you’re one of the only people he’s able to be emotionally vulnerable with.

As a result, a booty call may be his easiest way of getting you back in his life.