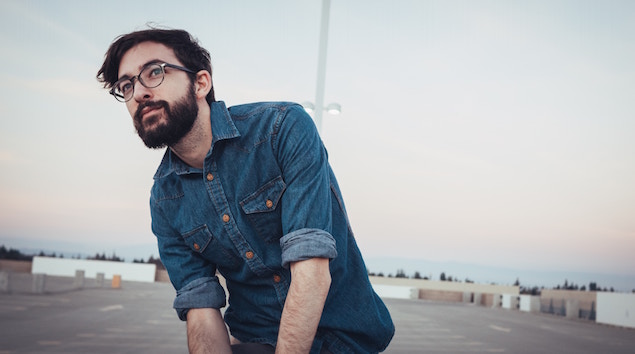 Of all the useful things to know when you’re dating, the obvious signs that he just wants a casual relationship top the list. Because no matter how you feel about him, you can’t make a man want a relationship.

Maybe he’s told you he just wants to keep it casual, or maybe he simply hasn’t addressed what he wants at all. And, even if he has talked about it, you know by now that men are not always the best with their words; instead, it’s far safer to trust their actions.

So how do you know if a relationship has a chance to go somewhere, or if he just really only wants something casual? You pay attention to his actions.

Actions like these 12 clean signs that he really does, in fact, just want a casual relationship.

He never takes you out

When he wants a real relationship, he wants to be seen out and about with you. If that never happens? There could be a reason, in that he doesn’t see you as relationship material.

And even when you’ve asked and hinted and straight up demanded to be taken out on a proper date and it doesn’t happen? Well, you’re very much settling for the wrong kind of relationship.

His relationship history is dotted

If a guy has a history of not being able to commit, it’s unlikely that, no matter how romantic the notion may be, you’re going to be able to fix that part of him. Be careful and consider yourself warned!

Of course, as financial analysts like to say, past performance is no indicator for future performance but when it comes to human behavior – it’s one of the key indicators.

If you often find he pulls away from you emotionally, or is distant with you, that is a sign that he isn’t emotionally invested in you or the relationship.

Similarly, maybe when you lay out your dreams with him, you’re met with silence, or a response that shows a lack of emotional connection, like “that’s great.”

If it feels like he’s just going through the motions, that’s probably because he is.

Similarly, if he often disappears for days on end, that’s a pretty good sign that he doesn’t want to give you claim to his time.

Instead, he’s maintaining his distance and independence, which is a clear sign he wants to keep things casual.

He blows you off

Similarly, if he makes plans and then cancels, that’s a pretty clear sign that he doesn’t value your time. Yeah, sure, things come up, but if this is a repeated pattern, think twice about why that might be.

He’s still involved with his ex

Maybe there are guys out there who can genuinely stay friends with their exes, as opposed to merely tolerating them in shared social circles, but if so, I haven’t met them.

As a general rule, if a guy is still involved with their ex, it’s because they still have feelings for them…and do you really want to be stuck in that?

He doesn’t talk with you

I don’t mean superficial conversations. I mean real, deep conversations, the kind that help two people connect. If he’s not willing to have those conversations, it’s a pretty clear sign he doesn’t want a relationship with you.

He’s only available when he’s available

When a guy wants a relationship with you, he makes time, whenever he can, to see you. If he’s only available on the weekends or when he doesn’t otherwise have plans, though, that’s a pretty clear sign he just wants something casual, on his terms only.

His focus is on sex

And you know, good sex is worth focusing on. But if that’s all he seems to care about, then it’s pretty clear that he’s not looking for a relationship and really just wants to get in your pants.

He ignores your hints about the future

One of the most obvious signs he just wants a casual relationship is when he is completely uninterested in thinking about a future with you.

He’s only interested in the present, and when you try to talk about where you might see the relationship going, he changes the conversation or otherwise ignores that talk.

He can’t keep from checking out other women

That might be just watching them, or it might even be flirting with them, but if the fellow you’re with makes it clear that you’re not the only woman for him, that’s a pretty clear sign he doesn’t see you as long-term relationship material.

Look, there are plenty of times guys say they just want something casual because they don’t want to put themselves out there and risk getting hurt, even as they actually want something more.

But there are also plenty of times we might say we just want something casual, and that’s really what we mean, so if he repeatedly says things like “let’s just keep it casual,” and his behavior fits the other points we’ve just discussed, try trusting him: He probably really just wants something casual.